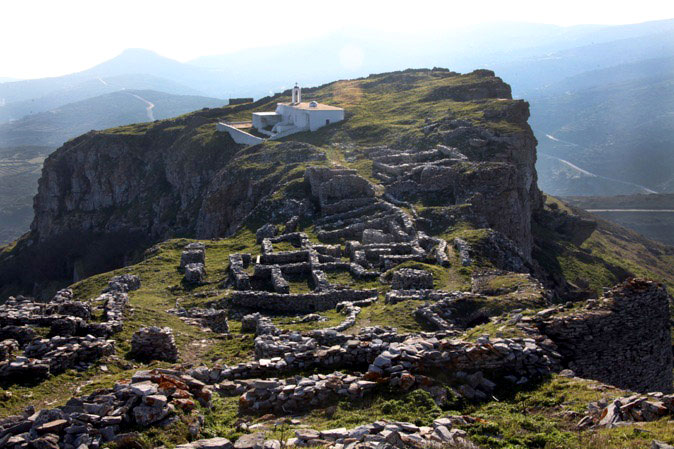 The Upper Castle or the Castle of Faneromeni or Gria Castle was the strongest and largest medieval one of Andros. It was built by the Venetians on an impressive plateau north of Orthos Korthi, at an altitude of about 600 m. It could protect more than a thousand inhabitants and was considered invincible because of the high rocks that surround it and its strong walls. Its history is unknown and it may have fueled the legends surrounding it.