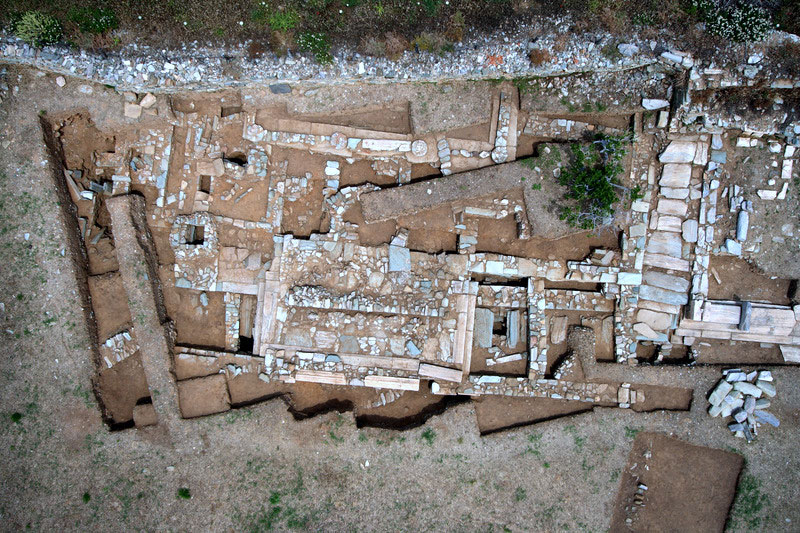 Paleopolis was the ancient capital of Andros and the only town on the island during the Classical Years. It was founded in the 7th-6th century BC. And was very prosper. In the 1st century AD. began its decline. It has been destroyed by an earthquake in the 4th century AD when a large part of it sank into the sea. It was then inhabited,until the early Byzantine Years. From the ancient city the wall is preserved up to 3 meters in some places, and a temple dedicated to Pythian Apollo (late 6th century BC), worshiped as the main deity along with Dionysus in Andros.